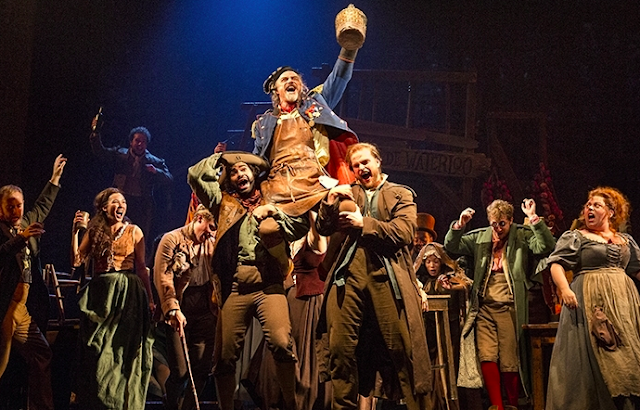 LES MISÉRABLES originally opened in London at the Barbican Theatre on October 8, 1985, transferred to the Palace Theatre on December 4, 1985 and moved to its current home at the Queen’s Theatre on April 3, 2004 where it continues to play to packed houses and is the only version of the original production left in the world. The original Broadway production of LES MISÉRABLES opened at the Broadway Theatre on March 12, 1987 and transferred to the Imperial Theatre on October 17, 1990 running for 6,680 performances. The original US National Tour began in November 1987 and visited over 150 cities before closing in St. Louis, MO in 2006. Broadway audiences welcomed LES MIZ back to New York on November 9, 2006 where the show played the Broadhurst Theatre until its final performance on January 6, 2008.

The new production was conceived in 2009 to celebrate the 25th Anniversary, with record-breaking productions in the U.K., Australia, Korea, Japan, Spain, France, Manila, Singapore and Dubai. The new production is currently playing to sold out houses around Japan and in São Paulo with upcoming productions in Mexico and around the U.K. The North American Tour traveled across the U.S. for two years then played a five month engagement in Toronto before returning to the Imperial Theatre on Broadway in March 2014 for over 1,000 performances.

Tickets for LES MISÉRABLES start at $45 (includes facility and parking fees) and are now on sale at all Ticketmaster locations, by phone at 800-982-2787, and online at www.broadwayindetroit.com or www.ticketmaster.com. Tickets are also available for purchase at the Fisher Theatre box office. A limited number of premium seats will be available through Ticketmaster and at the Fisher Theatre box office. For group sales (15 or more) please call 313-871-1132 or email groups@broadwayindetroit.com. Tickets for the Open Captioned performance may be purchased in person at The Fisher Theatre box office or by phone at 313-872-1000, ext. 0. Performance schedule, prices and cast are subject to change without notice.